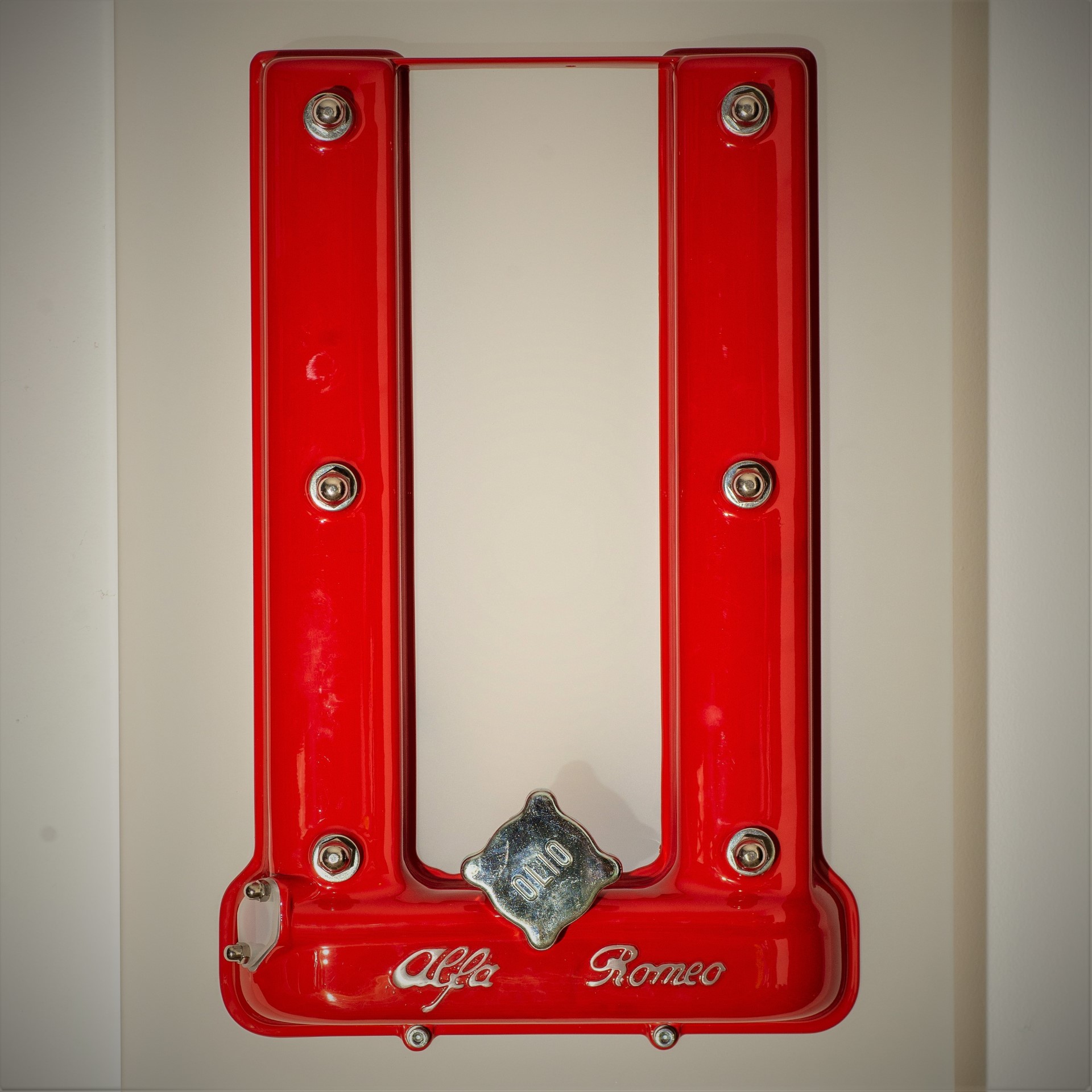 This is the second wall mounted lamp of this concept. The first one has gone viral, so I have decided to create another one using the same “Alfisti formula” This one is made from an early 105/115 series Bialbero engine, professionally primed and painted in classic 514 Farina Rosso of the era.

Automotive grade paint means that the paintwork will last forever on this indoor application. 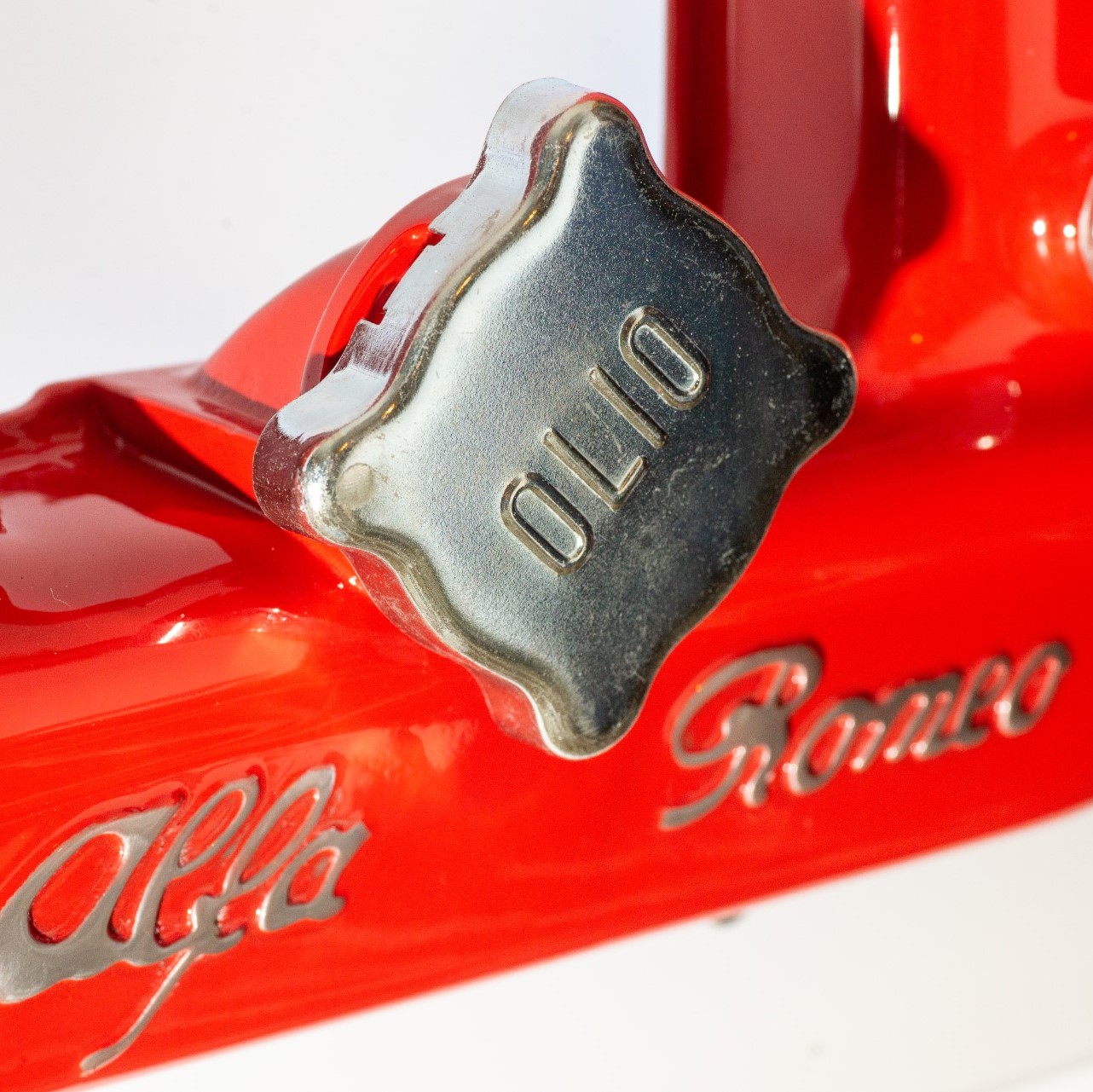 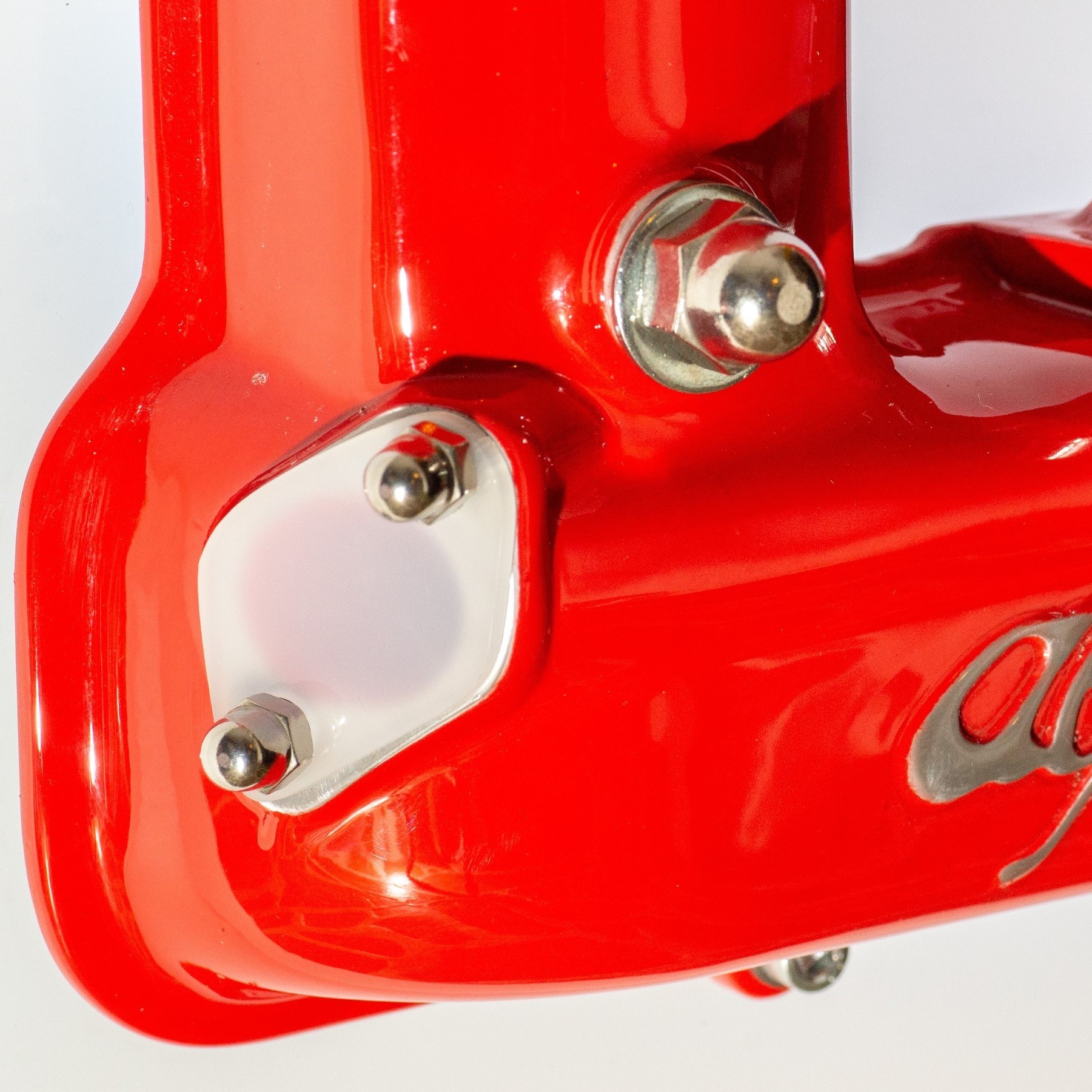 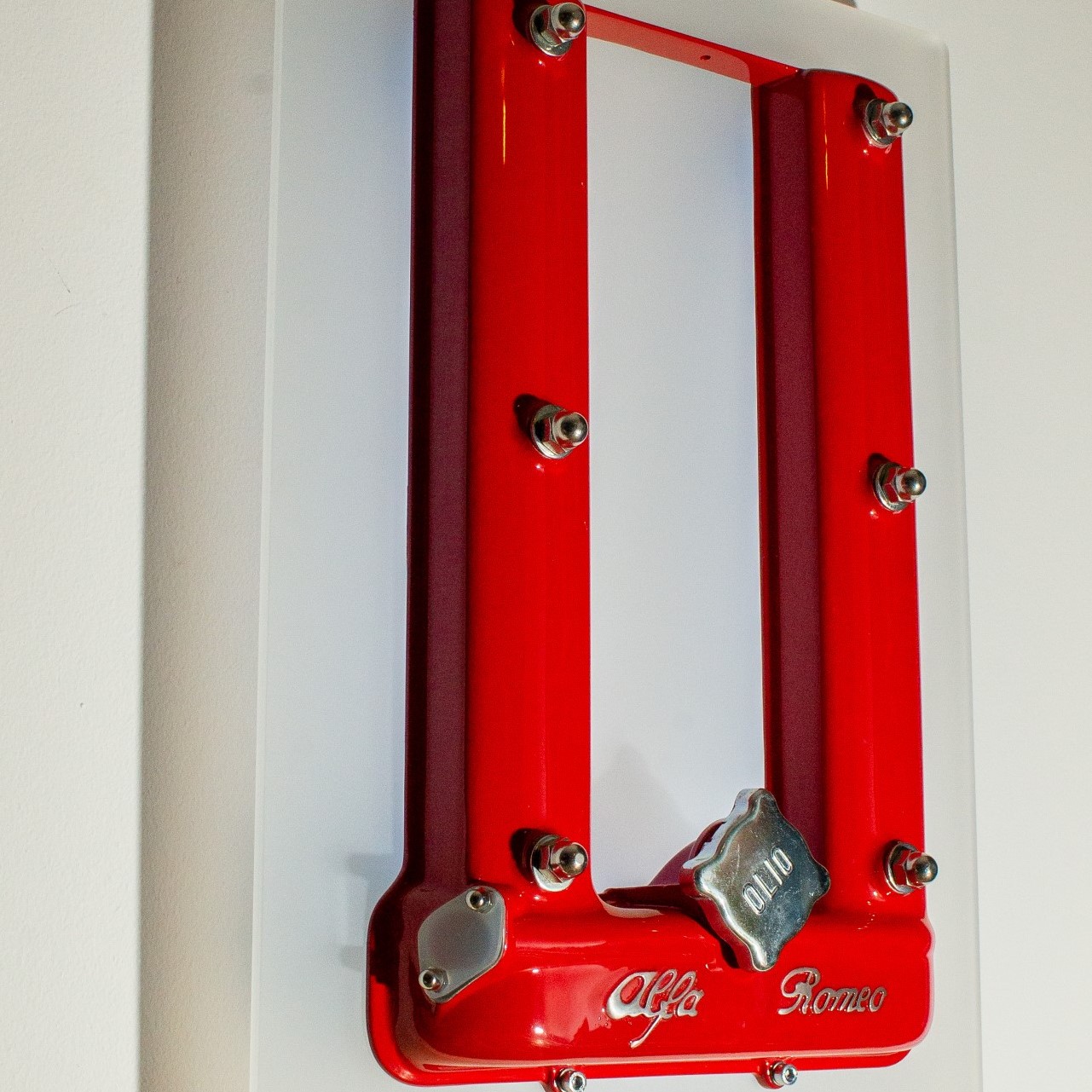 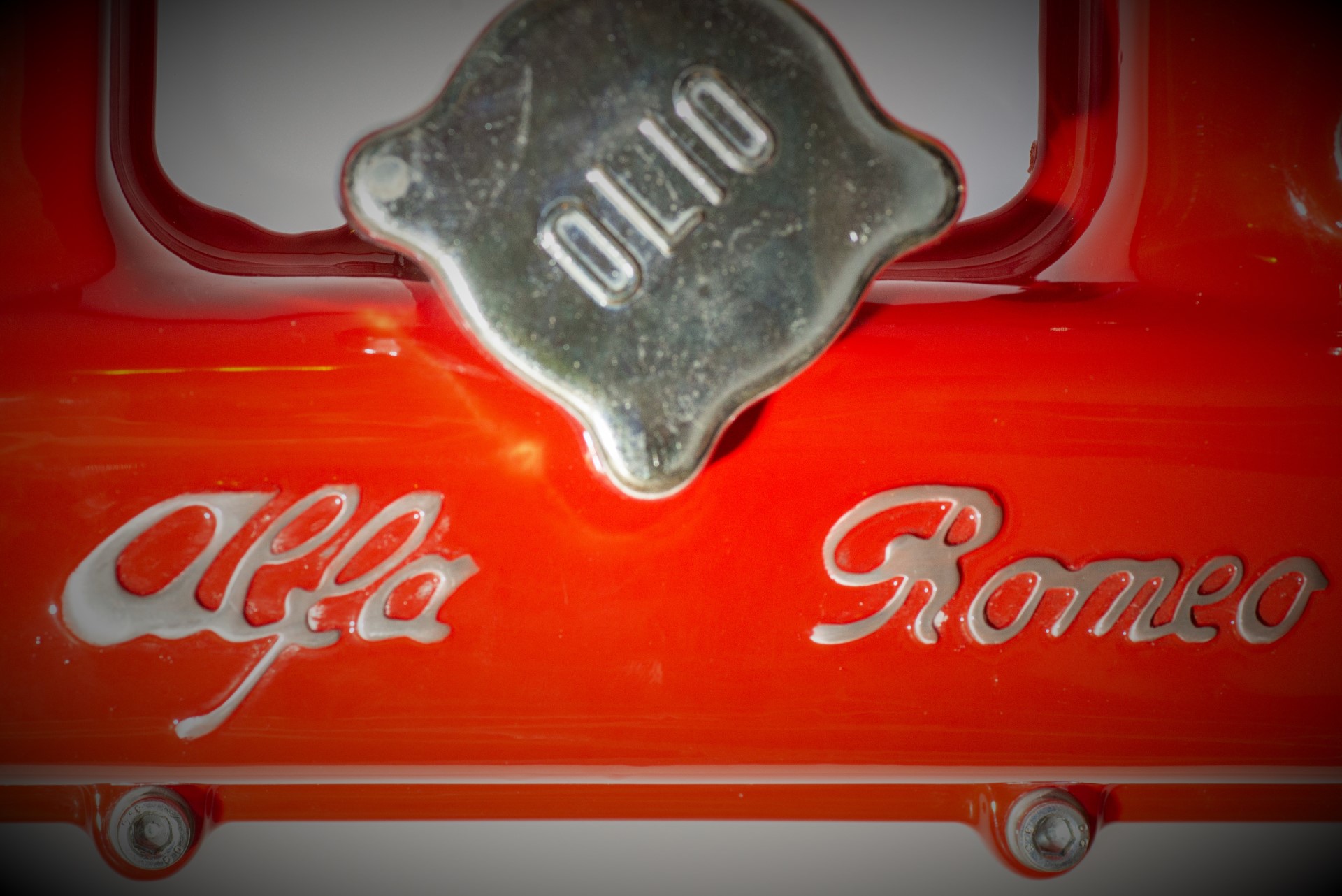 It “floats” 5cm off the wall and when switched on, the light is diffused on the wall otherwise it works as a wall art item. It is designed to be hard wired but if required it can be fitted with normal plug and switch.

The Alfa Romeo Twin Cam engine was an all-alloy inline-four engine designed by Giuseppe Busso and was produced from 1954 to 1994. In Italian it is known as the “Bialbero” and has also been nicknamed the “Nord” (North) engine in reference to being built in Milan in the North of Italy.

Various engine sizes were produced: 1300, 1600, 1750, 1800 & 2000. This series of vehicles & engines contributed in building the Alfa Romeo legend, more than any other generation has ever done for this iconic brand. 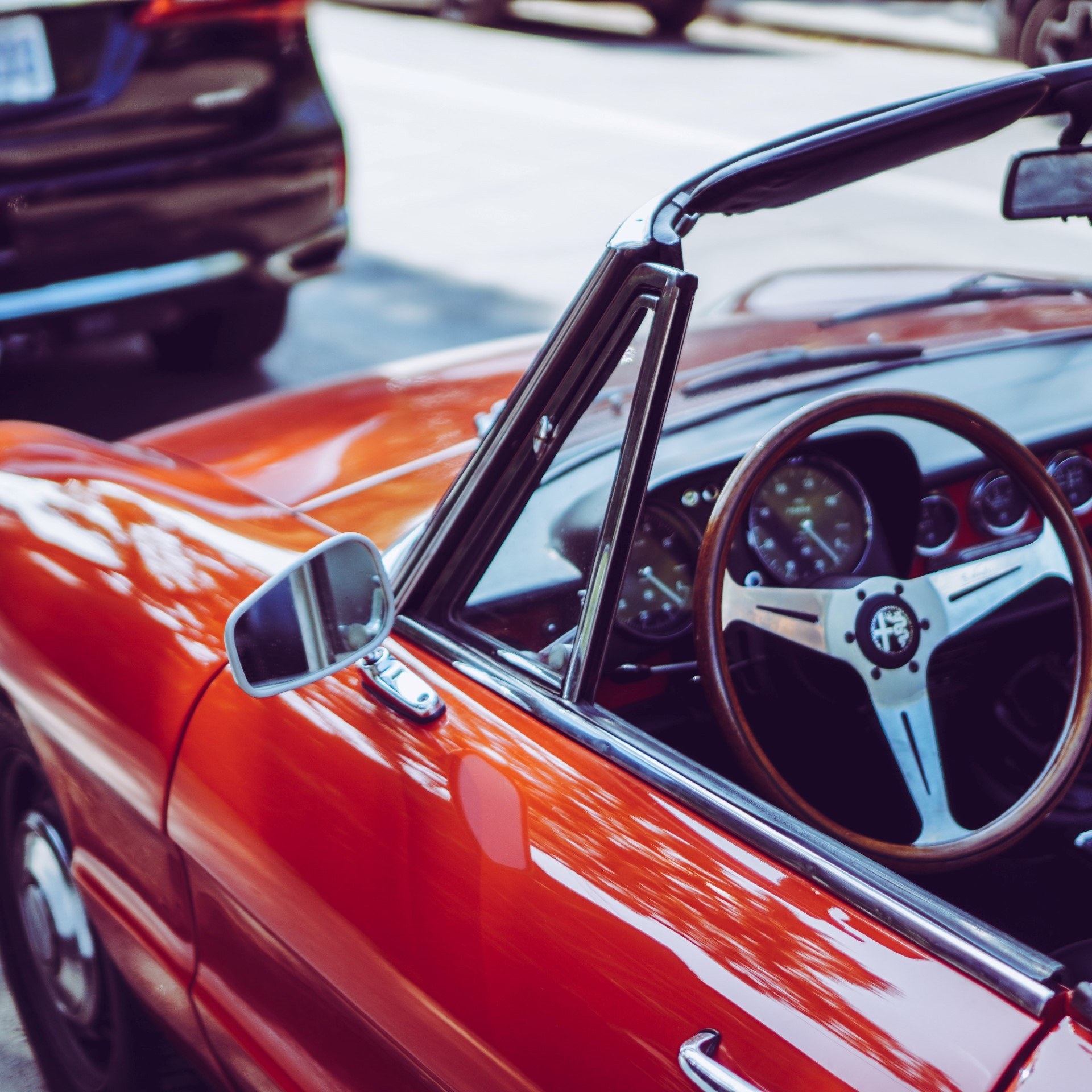